From technophobe to award-winning entrepreneur

Emmanuel Emodek knows first hand how hard it can be to keep a small business afloat. A few years ago he lost everything trying to do so. But now his bright idea is helping thousands to manage their small firms and thrive.

At the age of 18, Emmanuel Emodek was thrown out of the computer lab at school, when he complained about having to wait 45 minutes for a painfully slow internet connection to load. He decided that technology was a waste of time.

Now, 16 years later, he’s the managing director of a fast-growing Uganda-based social enterprise that’s helping thousands of customers improve their prospects through a digital app. And he’s the overall winner of the HRH The Prince of Wales Young Sustainability Entrepreneur Prize.

Emmanuel admits he’s the last person he would have expected to become a tech entrepreneur. But everything about his life story defies convention – and it’s encouraging proof that with ambition, passion and the right support, we all have the potential to make a positive impact on the world.

The power of potential

After graduating from high school, Emmanuel stayed true to his teenage promise of avoiding computers for a decade. Keen to help provide a steady income for his widowed mother and four siblings, with whom he had been recently reunited after growing up parentless, he turned down a place at university and set up his own business. It closed in under a year and Emmanuel found himself homeless. A second business followed, and for the second time, he found himself homeless when the idea failed to take off.

Emmanuel had lost everything. And without clear accounts and records, he struggled to understand why his businesses had failed to survive.

“I blamed it on the competition, the government, other people. I gave up. I was done,” he recalls.

But at his lowest ebb, Emmanuel met one of his former schoolteachers, and his life began to change. In the years since school, Monica Kiconco Asiimwe’s career had flourished. She had gone on to become a university lecturer, and then one of the top distributors of Unilever products nationwide.

“Monica saw something in me,” says Emmanuel. “She told me that she knew I could think up some kind of solution that would help small business owners stay afloat, and that she would work alongside me to do so. Neither of us had a clue about what we would create or how we would do it. But Monica encouraged me to imagine, and that’s how ChapChap was born.”

From imagination to application

Emmanuel’s epiphany came when he started working in a small business alongside one of his brothers, a trained book-keeper. Seeing first hand the value of accurate accounting to track performance, profits, stock and expenditure, he realised the difference real-time records could make to business owners. In fact, half the small businesses launched in Africa fail because of poor book-keeping, a lack of inventory management and bad business practices.

Despite his reservations about computers, Emmanuel agreed to meet James Alituhikya, a software engineer and former student of Monica’s. Sitting at a laptop, they discussed the potential of an app or program that could put accounting software in the palm of business owners’ hands, so that if they couldn’t afford a book-keeper, they could still monitor their finances confidently.

“James believed in the idea straight away,” says Emmanuel. “Monica and I had always said we felt technology was built for the elite – that it eliminated people at the bottom of the pyramid. So together the three of us set out to change the system.” 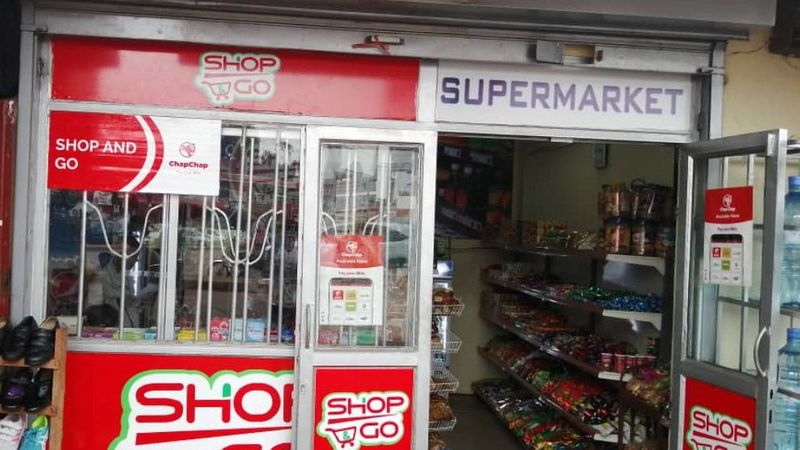 Since launch ChapChap has helped nearly 6,000 small businesses in Uganda and now aims to expand into Kenya, Tanzania, Rwanda and Nigeria.

The result is ChapChap – a digital platform that helps small businesses keep track of transactions, stock inventory, costs, sales and data from their smartphone, so they can fine-tune their practices and optimise profits. Since launch it has helped close to 6,000 businesses in Uganda to improve their performance management and increase their revenues. And ChapChap now aims to expand beyond Uganda into Kenya, Tanzania, Rwanda and Nigeria.

In September 2019, Emmanuel was selected as one of eight winners of Unilever’s Young Entrepreneurs Award. As part of the prize, he joined the other winners to attend a residential accelerator programme run by the University of Cambridge Institute for Sustainability Leadership, and will benefit from a year of mentoring support tailored to ChapChap’s specific needs. Now, as the overall winner, Emmanuel has won a €50,000 grant, which he plans to use to scale up ChapChap’s reach. 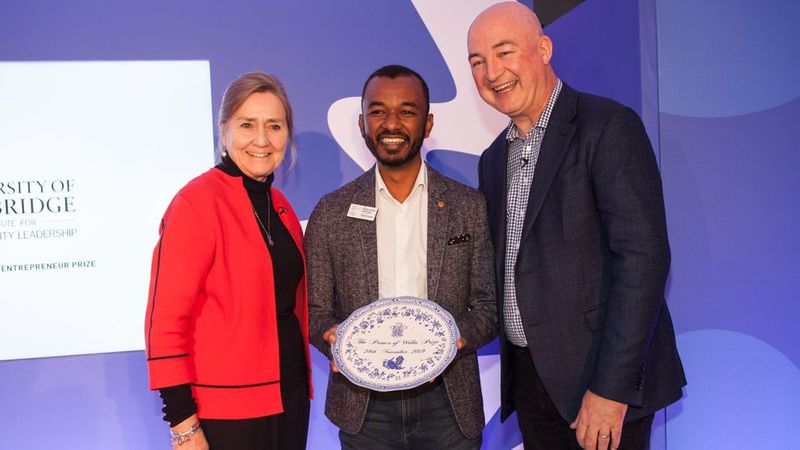 “Growing up without parents, and with little money, I think coming up with a practical solution to help people make more of their lives is something that was always in my DNA,” he says.

“I don’t want anyone to read my story and feel sorry for me. I want it to be a lesson to someone who is bringing up a child, to a teacher, or to a young person, that people have dreams. We can kill those dreams, or we can help bring them to life. I will always be grateful that someone helped me to fulfil my potential.”