New research shows that the reason young people aren’t fighting for causes they believe in is not because they don’t care but because they think no one else does. The new Dirt Is Good Project aims to power them up to take action by showing them they’re not alone.

Young people are highly compassionate. They care deeply about others and the planet, and they want to act on these concerns.

However, they also think, often mistakenly, that their peers and adults around them, do not share their feelings of care and compassion. As a result, they can feel isolated in their concerns and choose not to engage with the issues they care about for fear of not fitting in.

This is called the values-perception gap, and it can make young people feel anxious about the future, as well as having a negative impact on their wellbeing and potential.

These are some of the insights revealed by new research commissioned by the Persil Dirt Is Good Project, exploring the challenges facing parents and children at a time not only of ecological crisis but also of rising social division and inequality.

The Persil Dirt Is Good (DIG) Generation Action White Paper suggests that engaging young people in activities that promote collective compassion could be the key in helping them to take positive action on the issues they care about. 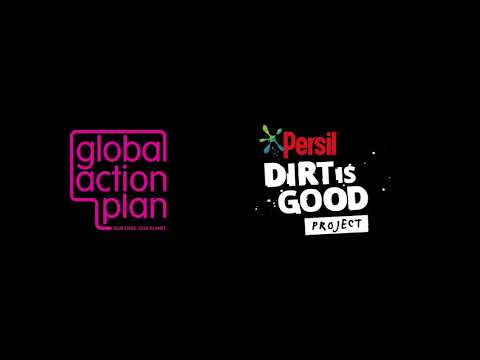 The challenge of childhood and parenting in a changing global landscape

The White Paper is based on two sets of research. In collaboration with Global Action Plan, an NGO that specialises in sustainable behaviour change, and in particular education for sustainable development, the brand conducted studies with children in the UK and Turkey aged 7–18.

The aim was to better understand what values were important to young people, how they perceived the values of others and how this affected their wellbeing and their willingness to get involved in the issues they cared about.

In parallel, the brand conducted research into the concerns parents had about the role their children could play in making a positive impact on their world and how they, as parents, could best equip them with the skills they needed to do so (Edelman Data and Intelligence).

Although the values-perception gap had been reflected in studies with adults, this is the first time it has been identified in children.

Living with this type of distorted perception of other people’s priorities can have a wide range of negative effects on children, including lower emotional wellbeing, increased worry about the future and a reluctance to act on causes they care about.

This is why DIG is launching a global programme of initiatives aimed at inspiring children and young people to take action on the issues that are important to them. The hope is that once they start taking action together, they will see that many others share their values and gain the confidence to continue to make positive change.

Listening to the future

To mark the launch of the White Paper, Persil convened a panel discussion to explore what support young people needed in order to drive the changes they wanted to see.

The importance of being heard was a predominant theme in the discussion. Josita, a 16-year-old from Sunderland, reflected on the fact that many young people often did not feel as if their opinion mattered.

“At times you feel like you are not being listened to, you aren’t being heard, especially with people that you respect like your teachers and your parents – the people you look to for inspiration and motivation,” she said.

Alison Kriel, Head Teacher, agreed, emphasising that this had to be at the heart of the Dirt is Good Project. “What is truly brilliant about projects like this is that we are saying children should have a voice. They do have the voice. Let’s celebrate what they have to say.”

The importance of having mentors that mirror the concerns of young people, whether they be teachers, parents or even organisations, was also emphasised.

Tati Lindenberg, Unilever’s Dirt Is Good Marketing VP, reflected: “The moment that young people see that the whole community, including big companies, are doing something, it creates momentum and galvanises others. It ensures that they don’t feel alone in their concerns. It leads to more positive action being taken and better wellbeing for young people. I strongly believe that businesses have the opportunity and the responsibility to demonstrate we care through our actions.”

Richard Gerver, speaker and author, agreed: “If we can do these three things, collaboration, communication and interconnecting generations across wider ranges of society and make sure our kids are at the heart of it, then we can help to catalyse profound change in the way young people see themselves and their role in the world.”

Celebrating the value of kindness and compassion

Achieving these goals will require a profound change of attitude, to protect the natural compassion and engagement that young people often lose as they mature.

“As they get older, [children] start to believe less and less in their own ability to make a difference,” says Richard. “To an extent, that’s because we assume children somehow need to earn the right to be smart, clever and to be activists. What we must do is flip the narrative so that we allow children to be excellent from a very young age.”

Cara Augustenborg, environmental scientist, agrees. “Children are born compassionate; it’s already instilled in them. It’s there naturally. As they go through the school system, they become less connected with each other and have a more negative outlook on each other and on the world around them. We need to step up. We need to start valuing the unmeasured curriculum.”

If projects like DIG can help young people bridge the values-perception gap that is holding them back, it could signal good news not only for the future of our society and planet, but also for the long-term wellbeing of our children.

As Dr Emma Seppala, Lecturer at Yale School of Management, stated, “Research shows that when you’re engaged in altruistic, compassionate acts, you don’t get a quick burst of dopamine that then disappears. It actually leads to fulfilment over a longer period of time.”